The main objective in brooding chicks is to efficiently and economically provide a comfortable, healthy environment for growing birds. Temperature, air quality, humidity and light are critical factors to consider. Failure to provide the adequate environment during the brooding period will reduce profitability, resulting in reduced growth and development, poorer feed conversion, and increased disease, condemnation and mortality. 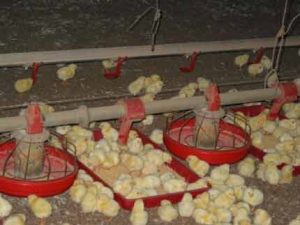 Figure 1. Managing the house and chick correctly during the brooding period will get chicks off to a good start.

Research has shown that chicks that are subjected to cold temperature have impaired immune and digestive systems. As a result, cold stressed chicks have reduced growth and increased susceptibility to diseases. Cold stressed chicks will exhibit higher incidence of ascites, a metabolic disorder that results in reduced performance, increased mortality and increased condemnations at the processing plant.   In research studies where groups of chicks were brooded at either 80 degrees F or 90 degrees F, the chicks reared under the warmer temperature had better weight gains, feed conversion and livability.   Chicks brooded under 80 degrees F experienced reduced growth compared to the high brooding temperature treatment. The chicks reared under those temperatures did not catch up in body weight and as a result weighed less at market age than birds that were brooded properly. Not only do chicks exposed to low brooding temperatures have reduce growth rates, but they will consume more feed to keep themselves warm, reducing feed efficiency and increasing feed costs. 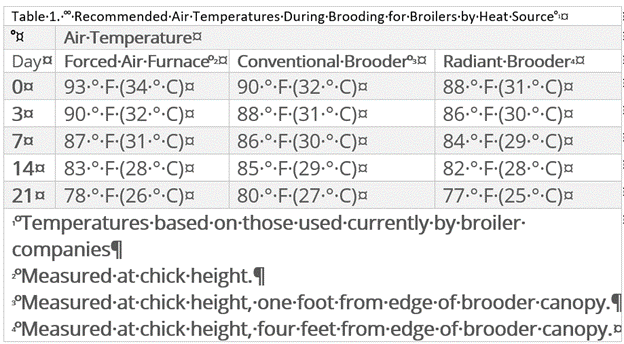 The best method to monitor chick comfort is to observe chick behavior and regulate the temperature accordingly. When observing a broiler house, chicks should be distributed evenly across the house. Broiler houses are specifically designed to allow the environment directly around the chick to be closely controlled. In commercial broiler growing operations, broiler houses are insulated and equipped with mechanical ventilation systems to maintain house temperatures within 5 degrees of the desired temperature regardless of outside temperature. Optimum chick brooding temperatures have been developed through many years of research and field experience. 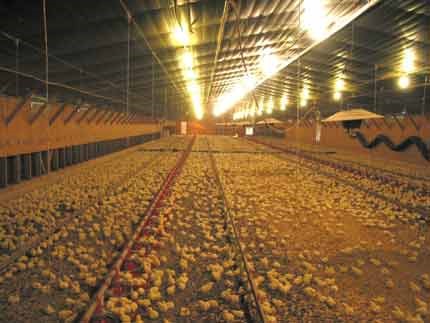 Figure 2. When adequate house temperature is obtained and chicks are well managed, they should be distributed throughout the house and not huddling together or sitting mostly in the feed pans.

Chicks that are cool can be seen huddling together (even next to the side wall) and will tend to sit in feeder pans. Chicks that are hot will move away from the brooders and furnaces, will pant and will stretch out on the litter in efforts to cool themselves. Many houses have environmental controllers that monitor house temperature and turn brooders and furnaces on and off as needed. The controllers also monitor the amount of time a heat source operates. This information can be used to locate areas of the chick environment that might experience excessive air leaks or drafts. For example, if the brooders/furnaces near the tunnel curtain have more run time than others in the house, it may indicate air leaks around the curtain or end wall door.

The ability of air to hold moisture depends upon its temperature. Warm air can hold more moisture than cold air. The term relative humidity refers to the percent of water saturation of air at any given temperature. The level of humidity influences the ability of the bird to cool itself through panting and influences ammonia production.

It is recommended that a low level of relative humidity be maintained between 50 and 70 percent throughout the grow-out period, including the brooding period. Ammonia production occurs due to the microbiological breakdown of fecal material in the litter. Dusty conditions in the poultry house are associated with relative humidity below 50 percent. Relative humidity of 70 percent or greater provides environmental conditions suitable for microbial growth in the litter. As the microbial population increases, more ammonia is generated from nitrogen sources found in bird fecal material. Ammonia is a gas that has a negative impact on bird health and performance. Research shows that increased ammonia impairs the immune system and increases respiratory disease in birds.   High ammonia levels during brooding reduces growth rate, which is not gained back during the remainder of the growout. Ammonia production can be reduced through the control of relative humidity which in turn is regulated by ventilation. Managing the poultry house ventilation rates to keep relative humidity between 50 and 70 percent is recommended to minimize ammonia production and dust.

Figure 3. Exposure to ammonia concentrations as low as 25 ppm for the first 28 days can have a negative effect on body weight at both 4 and 7 weeks of age (Miles et al. , 2004).

Ventilation is needed to regulate temperature and remove carbon dioxide, ammonia, other gases, moisture, dust, and odors. Fresh air must be introduced uniformly, mixed well with house air, and circulated properly throughout the house. The flow pattern within the building is very important. Air movement into the house is accomplished via negative pressure. Fans remove air from the house creating a negative pressure. Air enters through inlets located in the walls or ceiling and is directed across the ceiling to mix the air. 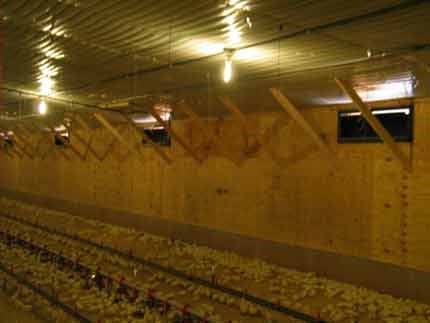 Figure 4. Air entering through the inlets is directed along the ceiling. This allows the air to warm up to brooding temperature before coming into contact with the chicks. This also increases the moisture holding capacity of the air so that when the warm air does fall down to chick level it will pick up and hold more moisture from the litter helping to maintain litter conditions in the house.

Mixing of the incoming outside air and the inside air prevents the cooler air from settling near the litter and chilling the birds. Inlet openings and air speed coming through the inlet is important in ensuring that air moves along the ceiling. If the inlet opens too much or if the speed of the air entering through the inlet is too low, then the cool air will fall to the floor more quickly. Not only with this cause a problem of bird chilling but can create cool spots on the walls and floor. As warm air contacts these cooler spots condensation will form creating wet spots. These wet spots can lead to increase litter caking as well as more ammonia production.

Circulation fans should be used to break up temperature stratification and provide a more uniform temperature throughout the poultry house. Moving the warmer air to bird level not only helps maintain bird body and floor temperatures, but also helps remove moisture from the litter.

Light is an important factor during brooding that should not be ignored. Chick activity is greater in bright light intensity than in low light intensity. During brooding the light should be at the brightest intensity to encourage chick activity thus assisting them to locate feed and water. Once they learn where feed and water are located (somewhere around 7 to 10 days of age), the light intensity and duration can and should be reduced. Light systems should be designed to produce a minimum of 25 lux (2.5 foot candles) or more at bird level. Many broiler houses being built today are capable of provide up to 40 lux (4 foot candles) at chick level in the brood area.

Figure 5. Higher light intensities during brooding will encourage chick activity. The increase activity will help chicks find feed and water sources thus getting them off to a good start.

Figure 6. With an insulated attic, the air is warmer than outside air. Using the air allows higher ventilation rates to be used without increasing fuel usage. These increased ventilation rates will help maintain relative humidity between 50 and 70 percent.

Make sure that controller sensors/thermostats are placed properly.

Use circulation or paddle fans

The use of these fans will move warm air off the ceiling eliminating temperature stratification and get heat down to chick level where it is needed and reduce heating costs. Studies show that circulation fans are effective no matter which type of heating system is being used.

Pulling air from the attic on cool days when the sun is out can result in higher ventilation rates without increased fuel costs. This allows producers to take advantage of the warmer air found in the attics that will help to maintain relative humidity between 50 and 70 percent. To operate attic inlets properly, the house must be tight enough to pull at least 0.13 inches of water column in a static pressure test. If the houses cannot pull this static pressure, efforts should be made to tighten the houses to reduce leakage before installing attic inlets.

Sealing up leaks provides control of where and how much air will enter the house. This will ensure that the air comes in through planned inlets and will minimize bird chilling, litter caking and temperature stratification during cold weather.

This will reduce house temperature drops resulting in less heater run time and will help regulate ammonia and moisture levels.

Clean and repair brooders on a regular basis.

Proper brooder maintenance will reduce carbon monoxide and will burn fuel more efficiently. Brooders should have the dust blown off in between each flock.   Keep the burner orifices clean. Use the proper size reaming needle to avoid altering the orifice size and wasting fuel.

With reference to: - The University of Georgia and Ft. Valley State University

If you ordered previously you must login to order.

If you ordered previously you must login to order. If you do not have a password you can reset it by clicking here